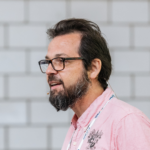 Claudio Tessone is Professor of Blockchain and Distributed Ledger Technologies at UZH He also serves as the Chairman & Academic Director of the UZH Blockchain Center. In his research he looks at the application of Blockchain technology for Cryptocurrencies, from technological improvement of the consensus algorithms to methods for Blockchain forensics, tracking issues such as money laundering. He is fascinated by complex socio-economic systems in which technology is just the means to achieve societal change and is motivated to contribute to better-designed cryptocurrency systems.

To take a break and disconnect from work, Claudio enjoyes taking his dog Leo for walks – in the woods near home (and far from it!). 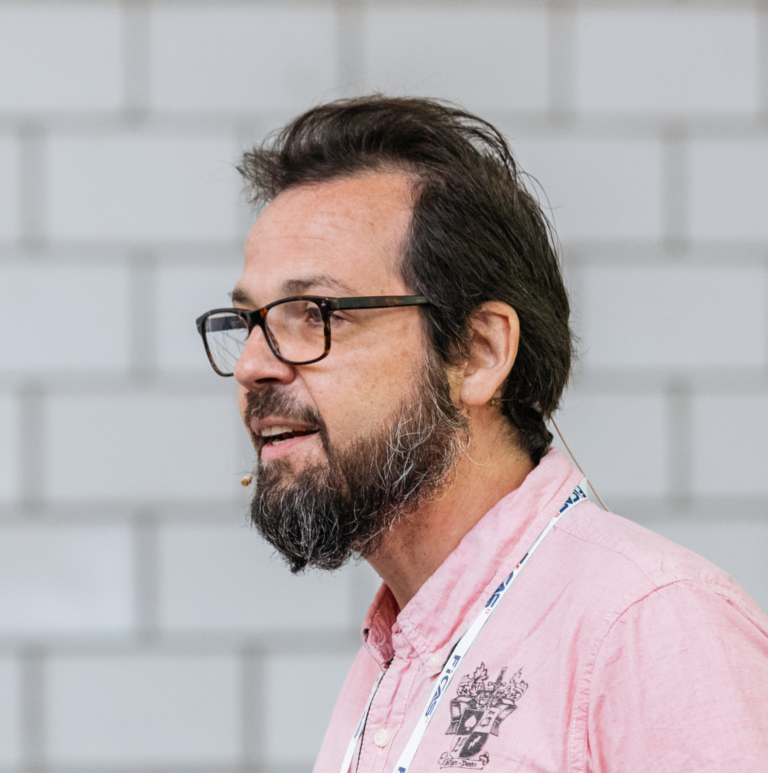 Our Chat with Claudio Tessone

Claudio, in your research you look at Cryptocurrencies and Blockchain. What future scenarios are we hoping to build with these new technologies?

The blockchain technology is very powerful and has enabled solutions that were unthinkable just 10 years ago. We have seen large communities starting to create value out of nothing. There has been attempts to create complete economies within a technical system.

Maybe you have heard of Ethereum? There are applications based on the Ethereum protocol (and other feature-rich blockchains) which allow to automate the complete business logic of companies on a blockchain. Such technology makes it possible to settle any kind of contract, from insurances to sophisticated financial instruments, on a blockchain, without any third-party involvement. Using blockchain technology, the costs involved in such transactions can be dramatically reduced. But not on Ethereum anymore, where they became insanely expensive. This kind of unexpected consequences of design choices are fascinating to study.

In the long run, there is no limit to the kind of economic activities that can take place on a blockchain. You could potentially put a fully automated company with all its governance structure on a blockchain.

Wow, those future scenarios are quite mindblowing. We will talk about what still stands in our way to get there. But first of all I am curious to learn why you have decided to study cryptocurrencies?

I am very interested in the coordination of social and economic agents towards a common goal. The blockchain is the most complex of all social-technical plus socio-economic systems existing nowadays. On top of that, by design, the system leaves complete traces of everything that has been done inside the system. That makes it extremely rewarding for my team and me to study them.

Can you explain what you mean by a complex system?

Yes, so in any complex system the behavior of the whole system is not just the simple aggregation of single agents’ actions. To make an example, let’s say you have a product on the market and you are interested in how much a customer would be willing to pay for that product. The answer is much more complicated than just asking that specific person. The price dynamic of a product over time cannot be explained by looking at a single person, since it depends on complex interactions between the market and the users, the providers and the buyers.

So with cryptocurriencies we create a new complex socio-economic systems?

Exactly. With cyptocurrencies, a special economic system is created, in which trust emerges between participants that a priori do not know each other. While Blockchain is a technology, cryptocurrencies can never be fully understood only as a technological phenomenon. In our research, we look at crypocurrencies in a socio-economic system by analyzing large data sets generated by the cryprocurrencies.

And what can you learn from looking at how cryptocurrencies are used?

Many things. We are interested in learning how to improve cryptocurrencies per se but we also use these systems to learn more about general economic processes. One example would be wealth accumulation. We see high inequalities in, for example, the Bitcoin economy. This is a typical phenomenon if you do not regulate an economy. Wealth tends to become more and more unequally distributed over time. Now since the Bitcoin economy is an isolated economy it is very suitable for studying these processes.

Could one regulate a Bitcoin economy?

Well, per se it is not possible to enforce regulation on it. However, Cryptocurrencies are designed with a set of incentives that have a large effect on the economy they create. Bitcoin was conceived to be a means of payment. But because of design decisions made in its early days, it became a very speculative asset. You may have noticed how the price of bitcoin has been highly volatile.

Yes, I think you need to have some nerves to speculate in cryptocurrencies.  What can we learn from the design mistakes in Bitcoin?

Well, this is exactly what we’re interested in. In our research, we are studying the relationship between currency design decisions and the working conditions of the system as a result. We hope to learn novel and better ways to design these systems in the future.

I also understand that you work on something called Blockchain forensics? Can you explain what this is about?

Sure, in a very rough description, a Blockchain is the sum of all the data from all transactions made between all participants so far. This leads to a unique situation. For the very first time, we have a currency, for which we can trace back the origin of the funds because this information is stored in the currency. This is obviously super convenient in the work against money laundering.

And is it that easy to track the origin of the funds?

There are some ways in which people can anonymize themselves. But actually, these attempts are rather poor and with the right method it is easy to detect. Since most people using cryptocurrencies are not trying to anonymize themselves, abnormal patters – such as those trying to hide themselves – end up “sticking out”.

That is interesting. So how well are the banking institutes equipped to do this work?

There is a growing interest out there. It is an emerging industry and because of that, the methods for detecting a coin’s origin and working against money laundering with cryptocurrencies can still be improved. Also, the methods used to anonymize the history are continuously evolving.

And in your work, are you actively supporting the development of better methods?

Yes, we are collaborating with some of the companies in this field to support them in their work to develop better methods. I very much enjoy these collaborations. This field is super young, most of the companies are only 3-5 years old and typically very knowledge intensive. Therefore, these companies know that they need to continuously improve their technologies. I appreciate this mindset, which I see as a central characteristic for this whole space.

So quite some work to do until cryptocurrencies will take over our economies?

Yes, as I mentioned, the possibilities with blockchains are endless. But for these future scenarios to become reality, you need a system that has some traces of egalitarianism. What I mean is that for end-users there is no reason use a system which is controlled by a few agents, who do not have any duty explain themselves to third parties. You would not want to enter a system produced within a community, in which some actors you do not know control the whole system, for example by owning most of the wealth in the system.

Therefore, the reality of bank transactions and financial transactions with exceptionally low costs, everything that the cryptocurrencies promise cannot yet be realized. For this future to come into existence, we really need to make the system more attractive to everyone. And this is what we are working towards.

That sounds great. I look forward to follow your work. Thanks for taking the time!

Learn about real-life projects where science and innovation meet. 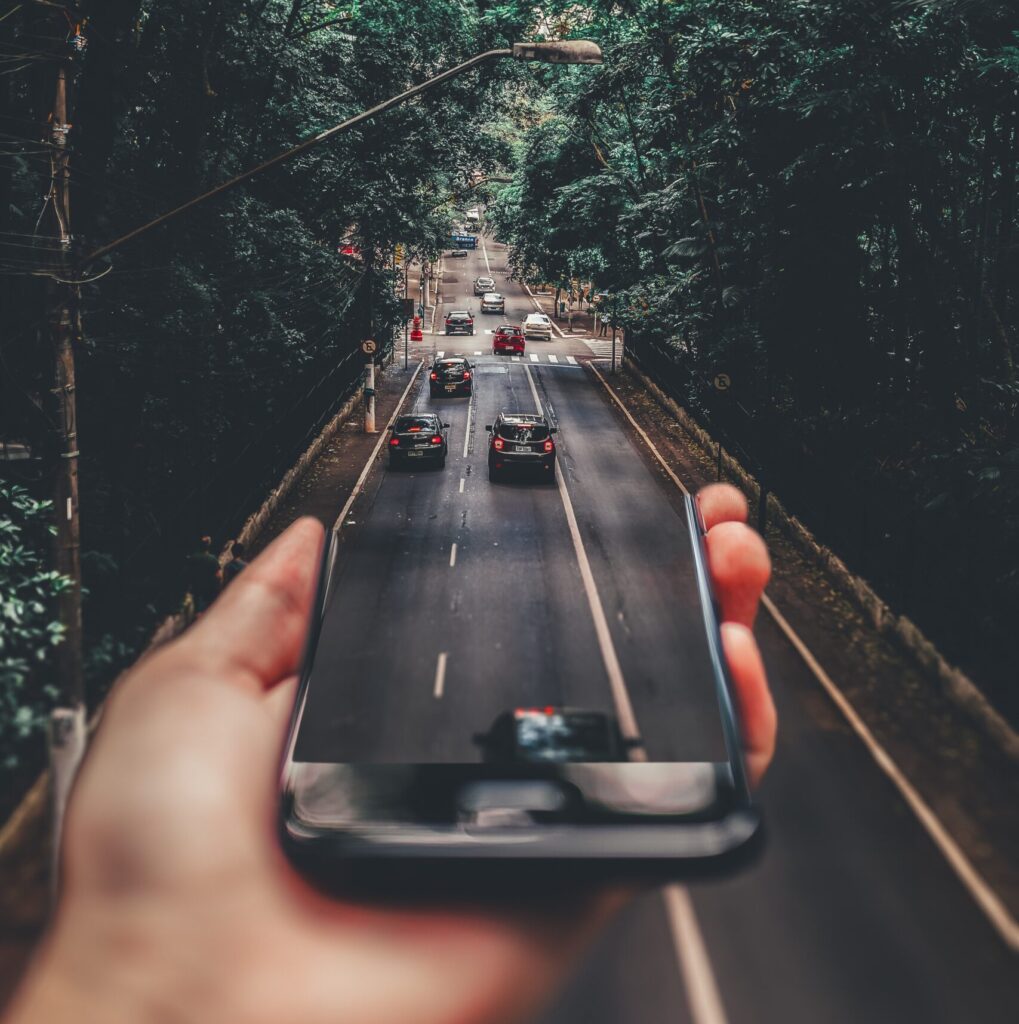 Discover the network of organisations and institutions that work alongside us.

The UZH Blockchain Center brings together experts from Informatics, Business, Economics, Finance, Regulation, Law and Complexity Science. It has become the largest and most active academic cluster for Blockchain in Switzerland. The center regularly organizes academic, educational and industry-related activities with international reach.

We use cookies to ensure that we give you the best experience on our website. If you continue to use this site we will assume that you are happy with it.OkData Protection Statement